When Is The BEST Time To Sell???

If you’ve ever considered selling your home, you’ve likely procrastinated about it for months and sometimes even years. It’s a big step.

Is now the best time? Will the market change? Where would we move to? These are all questions that likely pop into your head. It can be too much to consider and as we know, the confused mind says “NO!”.

A new study was recently released by Zillow which showed that they did extensive research on the very BEST time to sell a home nationwide. The results are very revealing to say the least…

The researchers found that selling a home before May 15th not only allows it to sell faster, but also sell for a lot more money. As a matter of fact, those homes were sold for one percent more than those sold after May 15th. Coupling that with the fact that they also sell 18 days faster (on average) and this means it’s a far better option to get the home sold and closed prior to that mid-May date. Nationwide, a full 1% more for your home can mean thousands of dollars in additional profit as well as a much quicker sale time.

While this was a national study (rather than local) it certainly shows some facts you will want to consider when looking at a possible move.

One of the most important things noted within their research was marketing time. It reveals that it can take 45 to 90 days to find the right buyer for your home, so you’ll need to allow your agent some marketing time in order to get the property “in contract” and finally closed prior to that magic May 15th date revealed in the study.

Obviously, waiting until April or May to list your home may be too late as there’s little chance it would close by that time.

We’ve always known that price is a function of supply and demand. With so many of your neighbors listing their home for sale during late Spring and once children get out of school for the Summer, it simply drives values down due to the flood of homes available. If you’ve considered selling in 2020, be sure you beat the rush! 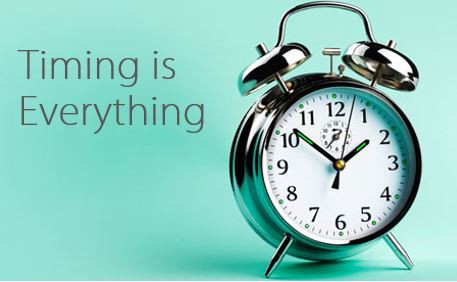 Experts Forecast a Turnaround in the Housing Market in 2023

The housing market has gone through a lot of change recently, and much of that was a result of how quickly mortgage rates rose last year. Now, as we move through 2023, there are signs things are finally going to turn around. Home price appreciation..

Applying for the right mortgage can be confusing. We are happy to help you make an informed decision. Call Marty Remo with RE/MAX Prime Properties. 845-656-2527

'It's not every day that I have the privilege of working with friends/clients again. I actually sold them their home in Washingtonville 24 years and 9 months ago. I sold this home again, as well as, a beautiful townhouse...as they begin the next chapter of their lives that will include no yard work!  Best of luck!' Marty

Marty is an outstanding realtor

If you need an amazing realtor, you have found one! Marty Remo Helped my husband and I sell our home         Marty is an outstanding realtor to partner with. His knowledge of the market and how to best market your property is second to none. Marty explained the entire process to us and held our hands  throughout the process. We trusted his judgement and advice and our property went into contract quickly. Marty is very responsive to emails, calls, and texts so I never felt ignored or uninformed about anything. He is high energy and will make sure that everything runs smoothly. I would highly recommend him to anyone. Thanks Marty!

Put your home in Marty's hands

Finding the The Remo Team was just what I needed to make selling my home as painless as possible. Working with Marty was truly a pleasure. He always went the extra mile.. Literally! Selling my second home, which was over 60 miles from where I currently reside, came with many challenges.. All of  which Marty was fully equipped and ready to handle. His presentation of the home was stunning, right down to the professional walk through video, which I now hold as a sentimental keepsake. I would highly recommend working with the The Remo Team for all of your real estate needs. Put your home in Marty's hands and leave your worries behind!

We use cookies to enhance your browsing experience and deliver our services. By continuing to visit this site, you agree to our use of cookies. More info